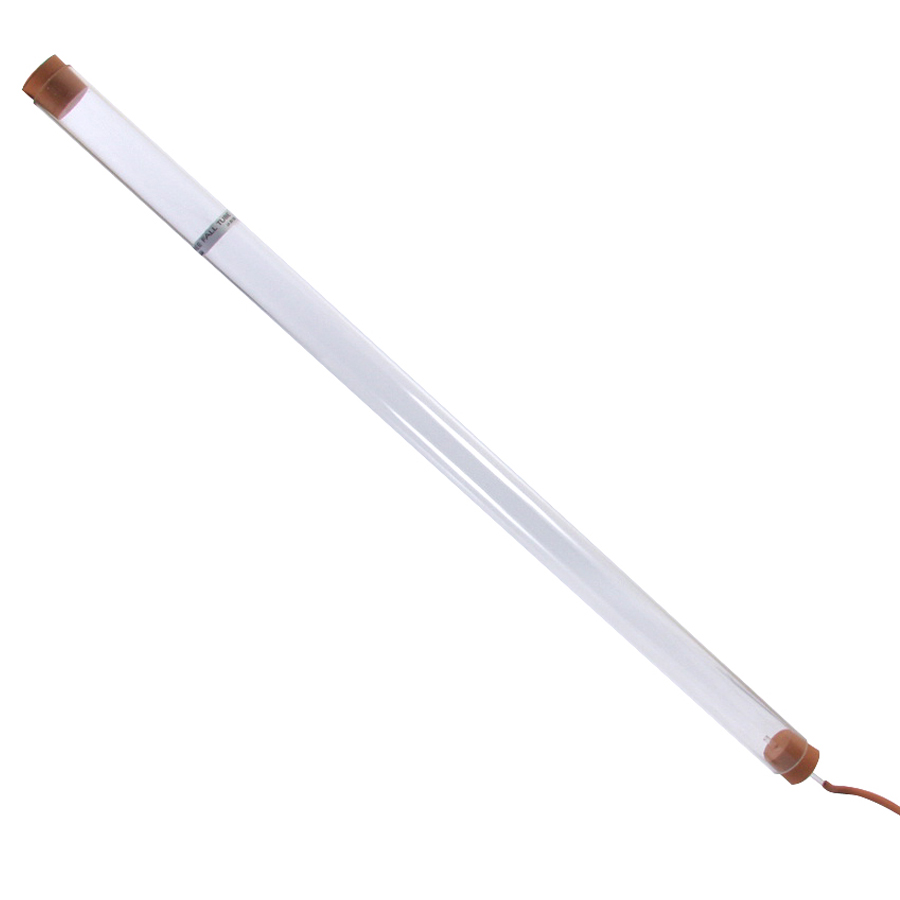 This apparatus comprises a 1m long, 50mm diameter acrylic tube which can be partially evacuated using a hand pump through the end stopper.
Enclosed in the tube is a small balsa wood block and a plastic square. If the tube is inverted before evacuation the plastic falls faster than the block because of air resistance effects. After partial evacuation they both fall at the same rate. Often referred to as the Guinea and Feather experiment after Robert Boyle’s investigation where the objects used were a guinea coin and a feather.