Introduction to Electricity and Electromagnetism 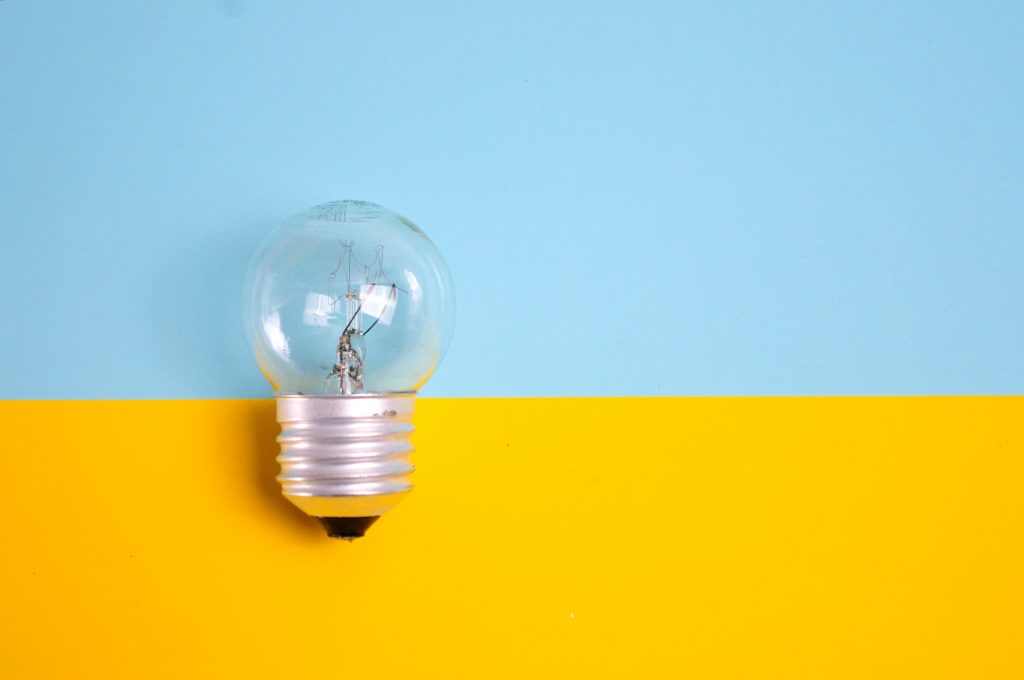 We use electric devices like lights, radios, mobile phones and computers etc. every day. We connect these devices to a socket in the wall or load them with batteries, but what exactly is electricity?

To understand electricity, we first need to examine the atom. Atoms are the basic building blocks of all material around us. They are made up of several smaller particles, including electrons.

Some materials called insulators hold their electrons very tightly. Electrons do not move easily through these materials. Examples of insulators include plastic, wood, cloth, glass, or, indeed, dry air. While electrons typically do not flow easily through insulators, it is still possible to transfer some electrons from one insulator to another. One common way is to rub two of these objects together. This creates an imbalance of positive and negative charges, called static electricity . If you have ever rubbed a balloon against a fabric and then stuck the balloon to a wall, that is an example of static electricity. Hair standing up on a cold winter day is another example of static electricity.

But do you know why the balloon sticks to the wall, or your hair stands on end? This happens because they become electrically charged, and electric charges push and pull on each other. Opposite charges (a positive and a negative) attract, or pull towards each other. By contrast, like charges (two positives or two negatives) repel, or push away from each other. Figure 1, below, shows this interaction between charges.

Something similar to what is depicted in Figure 1 (left picture) happens when the hairs stand up on your head when taking off a wool hat on a cold winter day. Rubbing of hair against the wool hat electrically charges the hairs, and because all the hairs have “like” electric charges, they repel each other, so the hairs move as far away from each other as possible.

Sometimes, when enough static electricity builds up on an object, it will create a spark. A spark is when electrons jump through the air from one nearby object to another. This is called a static discharge. You may feel a tiny static discharge when you shuffle your feet across a carpet and then touch a metal object like a doorknob. Lightning is an example of a very large (and dangerous!) static discharge.

So, charged particles are at the basis of all electricity and static electricity is a phenomenon caused by electric charges at rest.

Certain materials have some loosely held electrons, which can escape from one atom and move around easily between other atoms. We call these electrons free electrons. Materials with a lot of free electrons are called conductors. They conduct electricity well. Most metals are good conductors.+

When a lot of free electrons are all moving in the same direction, we call it an electric current. The amount of electric current refers to the number of electrons or to be precise, their charges, passing through an area per unit of time, and is measured in amps.(Amperes).

Conductors allow current to flow through them easily, and charges do not lose much energy as they flow through these materials. Similar to how water gets slowed down when it encounters a smaller section in a pipe, electric current can encounter materials that are harder to get through. This obstruction to flow is quantified by a variable called resistance and measured in ohms (abbreviated Ω). The higher the value of the resistance, the more the material hinders (or resists) the current, and the more energy is lost as current flows through it. The voltage, the current it generates, and the resistance are related; this relationship is now known as Ohm’s law and states that voltage is equal to current times resistance.

The total electric energy provided by a source is the amount of charge times the voltage. A source providing a larger voltage or more charges (more electrons) will both result in delivering more electric energy, which, in turn, allows it to power “heavier” electric devices or appliances. 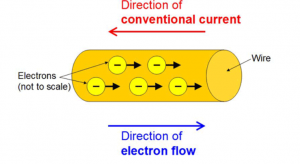 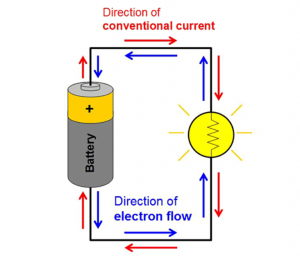 One common example of the interaction between electricity and magnetism is an electromagnet. An electromagnet is a special type of temporary magnet that only generates a magnetic field when electric current is flowing and this makes electromagnets very convenient because they can easily be turned on or off, and can create very strong magnetic fields.

A single, straight wire with current flowing through it creates a circular magnetic field configuration, as shown here 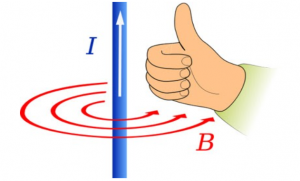 A bigger current will produce a stronger magnetic field. However, even a strong current in a single wire does not make a very strong electromagnet. To make a much stronger electromagnet, you can wrap the wire into a coil, as shown below

What do you think?

Lascells has been manufacturing equipment for science education from its factory in the UK for more than 20 years. We pride ourselves on quality, customer service and meeting the needs of a demanding subject. Help your students prepare for a career in science and engineering through hands on practical experimentation.

atoms, electricity, electromagnetism, electrons
January 14, 2020
Manage Cookie Consent
To provide the best experiences, we use technologies like cookies to store and/or access device information. Consenting to these technologies will allow us to process data such as browsing behaviour or unique IDs on this site. Not consenting or withdrawing consent, may adversely affect certain features and functions.
Manage options Manage services Manage vendors Read more about these purposes
View preferences
{title} {title} {title}